PRESERVING AND INTERPRETING THE HISTORY, SIGNIFICANCE AND TRADITIONS OF THE STRONGSVILLE AREA 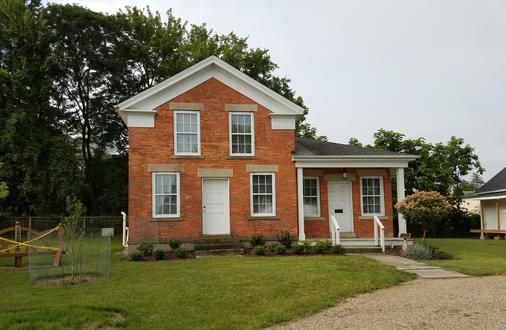 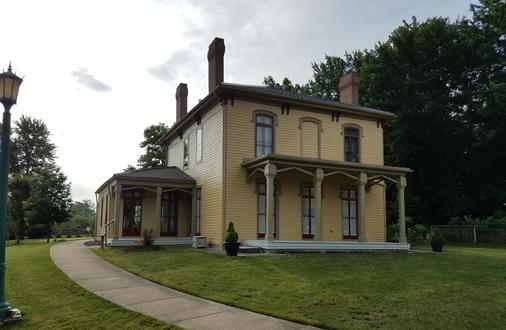 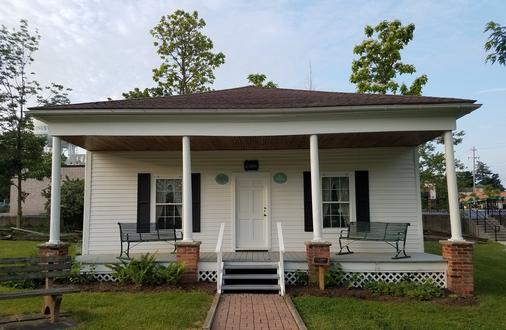 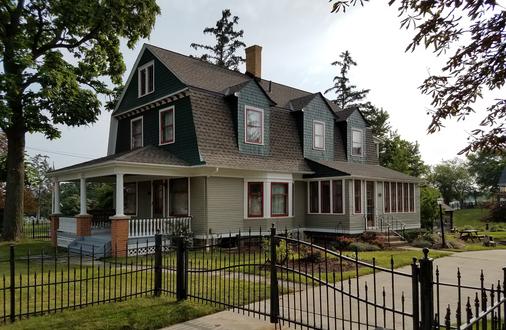 c. 1871 - This Victorian-Italianate style house was owned by Hazen Lathrop from the early 1870s and later by his son and daughter-in-law, John and Minnie. It was originally located on Pearl Road at the top of the hill in the town of Albion, Ohio.  Thaddeus Lathrop, the father of Hazen, was the first miller at John Strong’s grist mill at Albion (now Bonnie Park) in 1820. It houses artifacts from the Victorian era, including an exhibit of art glass and ceramics. 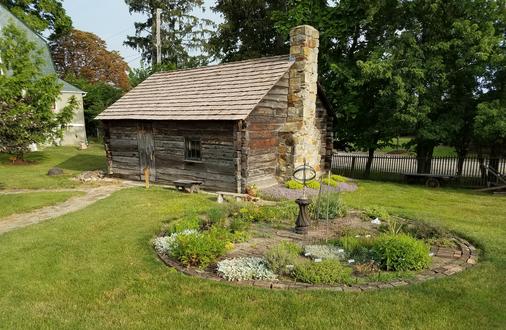 c. 1842 – This Greek-Revival Academy was originally located on the northeast corner of the commons.  It was one of three academies built in the center of Strongsville. Miss Gilbert’s Academy was a private school that took the place of a high school.  Half of the building, set up in the style of a one-room school, houses artifacts from the ten one-room schools that dotted our community from 1822 to 1923. The other half houses the Roe Millinery collection which was a donation from the Elias and Eldon Roe Millinery Shops. 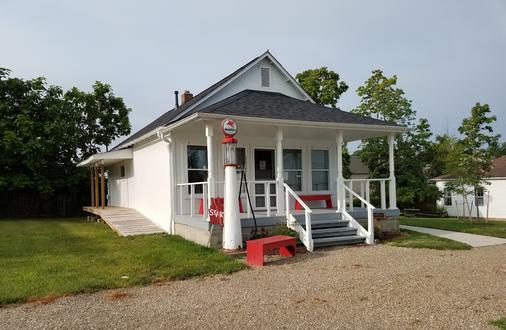 c. 1832 - This Greek Revival house was built in the community of Albion, north of the center of Strongsville.  Albion was founded in 1834 by Benjamin Northrup, and named in honor of his hometown of Albion, New York.  This house survived the fire of 1843-44 that destroyed the main business area in the town of Albion.  It houses the Velda Chapman Doll Museum with exhibits of doll furniture, toys, dolls, and children's books. 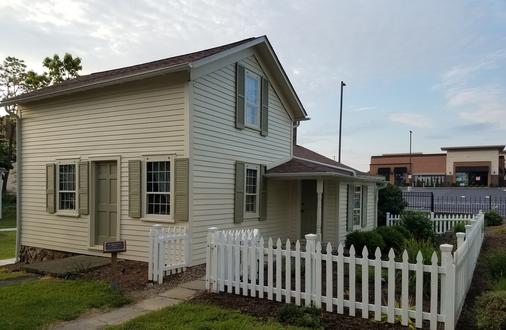 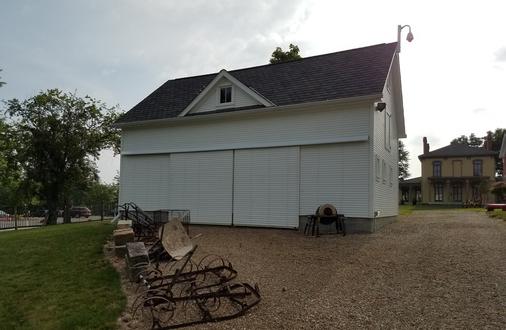 c. 1904 - This Dutch Colonial Revival house was built on site by Mr. Wesley Pepper who also managed the project to build the first high school in 1908 which later became the Board of Education building before being torn down in 2016 when the new Strongsville Middle School was built behind it.  Eli and Mary Roe purchased the house in 1907.  In 1957, Howard and Velda Chapman bought the property.  They created, in 1962, the Strongsville Historical Society. In their wills, they generously donated their home and the property on which it was located to the Society and it became the catalyst for what is now an entire village with eight different buildings that are filled with fascinating artifacts and memorabilia to keep the history of Strongsville and the surrounding region alive for future generations to enjoy.

Representing 1816-1825 - Built from a partial 1840s Holmes County log structure, this cabin was reconstructed in 1976 by Howard Chapman and friends to be a living example of life in Strongsville from its first settlement in 1816.  Click here to watch a video about what it was like to live in a cabin in the early 1800s. 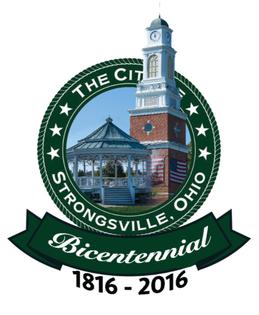 c. 1917 – The southwest corner of Strongsville, where Boston and Marks roads cross, was known as Beebetown.  The store, located one mile north of the corner, was operated by Mortimer Olds from 1927 until it closed in 1964.  It houses artifacts that represent merchandise sold in general stores of this type from the early to the mid-twentieth century.

c. 1823 - This was the early Greek Revival home of Dr. Baldwin, our second town doctor who came to Strongsville in 1821, later returning to Connecticut to marry Miss Delia Alden, a descendent of John and Priscilla Alden of Mayflower fame.  This was one of the first wood frame houses in the center of Strongsville.  It was moved to its current location in the historical village in the 1980's.  The Strongsville Society of Model Railroad Engineers (SSMRE) has a terrific "HO" scale train layout in the basement of the Baldwin house that is a favorite stop for children visiting the village during Harvest Festival.  Click here to watch a YouTube video to learn more about the Baldwin House.

As the city of Strongsville celebrates its Bicentennial throughout 2016, Louise Varisco, the Strongsville Historical Society Historian, has created a slide show of photos from the past 200 years.