PRESERVING AND INTERPRETING THE HISTORY, SIGNIFICANCE AND TRADITIONS OF THE STRONGSVILLE AREA

​     The laws of Ohio specify that people in townships are to elect three trustees as their governing body.  From Strongsville's organization in 1818 until 1927, at each election three trustees, a clerk, constable, and game warden were elected.  The trustees usually met once a month but occasionally during the busy summers they might skip one or two meetings.  One of the most important jobs of the trustees pertained to the dirt roads.  Road supervisors were appointed and it was their responsibility to keep the roads in as good a condition as weather permitted.  Up until about 1910 each farmer had to work on the roads with his team three or four days each year.  This was called the poll tax.  Much of this work was done in the spring when the roads were scraped and the ditches were opened.  One of the main jobs each fall was to haul gravel from a river bank to be placed on sections of the road most likely to give trouble in the winter. 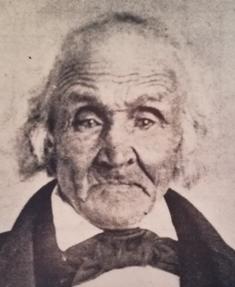 ​     John Stoughton Strong built this home in 1833 and lived there until his death.  in the early 1900's it served as a post office, as seen above.  It has also been a general store and an apartment house, where future mayor Walter F. Ehrnfelt and his wife, Anne, lived as newlyweds in the early 1950's.  Today the Strong house is available for lease for business use.  It is listed on the National Register of Historic Places. 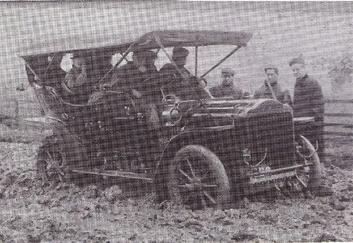 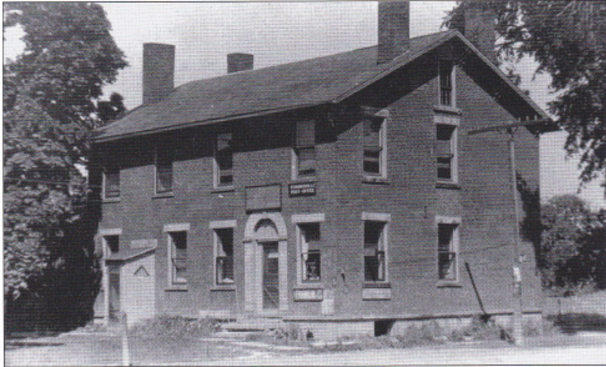 In early 1816 John led a party of from seven to ten adults and one child along the northern route to the Reserve, through New York and then to the southern shore of Lake Erie.  With a stop in Cleveland during February, the party of pioneers went west to the mouth of the Rocky River to pick up the trail south along the river to the settlement of Columbia.  From Columbia they headed east until they found the markers for their township.  They proceeded to the center, and with great haste, erected several log cabins for shelter.

The original group of pioneers were not strangers, most were related in some way.  John Stoughton Strong brouoght his oldest son Emory.  His brother-in-law, Elijah Lyman, Sr. was part of the group along with Guilford Whitney, a relative of John's wife.  With Guilford Whitney came his daughter, Bernicey, a young mother at the age of 21 who served as cook and cabin keeper for the men.  With Bernicey came her one-year-old daughter and husband John Hilliard.  William Fuller, Jr., Obadiah Church, Zachariah Goodale and George Fox Gilbert were also part of the group, but their relationship to the group is unknown.  This group formed the nucleus of what would later become the modern community of Strongsville.

The War of 1812 slowed development of the area but caused the threat from Indians to diminish.  As the war ended in 1815, the Ellsworths looked for an aggressive young man to manage the sale of their western lands.  Agreements were made with 44-year-old John Stoughton Strong in 1815 to purchase some of the Ellsworth land and to act as agent for the sale of the rest of the frontier land.​

In support of our mission to interpret the history of the Strongsville area through programs that inspire, stimulate, and educate the community, we are posting history briefs on this page.  We hope you enjoy, and will also take the opportunity to explore other sections of our website or better yet, plan a future visit to the Historical Village!

With the defeat of the Indians at the battle of Fallen Timbers on August 21, 1794, "Mad Anthony" Wayne went on to force the Indians to sign the Treaty of Greenville in June of 1795.  This treaty gave the land of Ohio, west of the Cuyahoga River, to the Indians.  Only the land of the northeastern and the southern two-thirds of Ohio was open for settlement.  The Cuyahoga River in 1795 served as the western boundary of the United States.

Although Ohio had become a state on March 1, 1803, it was not until the signing of the Treaty of Fort Industry in 1805 that the boundary of the United States could move west of the Cuyahoga River to include all of the Northwest Territory and Ohio.  Prior to this, the land of the Connecticut Western Reserve, purchased from the United States west of the Cuyahoga, was not available for settlement.  Survey of this land was completed in 1806 and the land was divided into forty-seven drafts.

The division of this land was made on April 4, 1807 and later the land in our area was deeded to several owners on April 26, 1807.  Olliver Ellsworth (recognize the street name?), member of the Continental Congress, acquired a total of 41,335 acres in the reserve of which 8,388 were in Township No. 5, 14th Range, now called Strongsville.  This amounted to slightly more than half of the township which included 16,002 acres.  For this land, he paid $13,673.00 amounting to $1.63 per acre.  Other owners were the Governor of Massachusetts, Galeb Strong (third cousin, once removed of John S. Strong) with 7,361 acres, John Frost with 245 acres, and Seth Porter with 8 acres.​